In this post, I’d like to share an update on work to address some of the limitations in my text to speech project for Elite Dangerous.. Namely:

If you’d like to see the result of the work so far, here is a brief overview video, I’ll describe how we got here below: 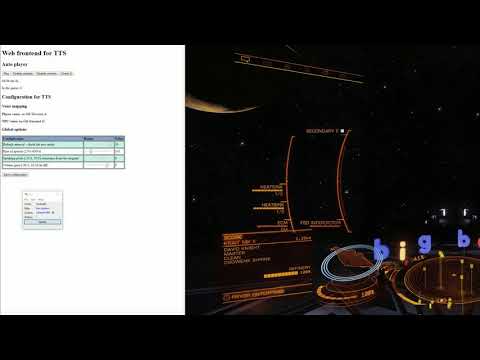 Review of the current setup

The project consists of: 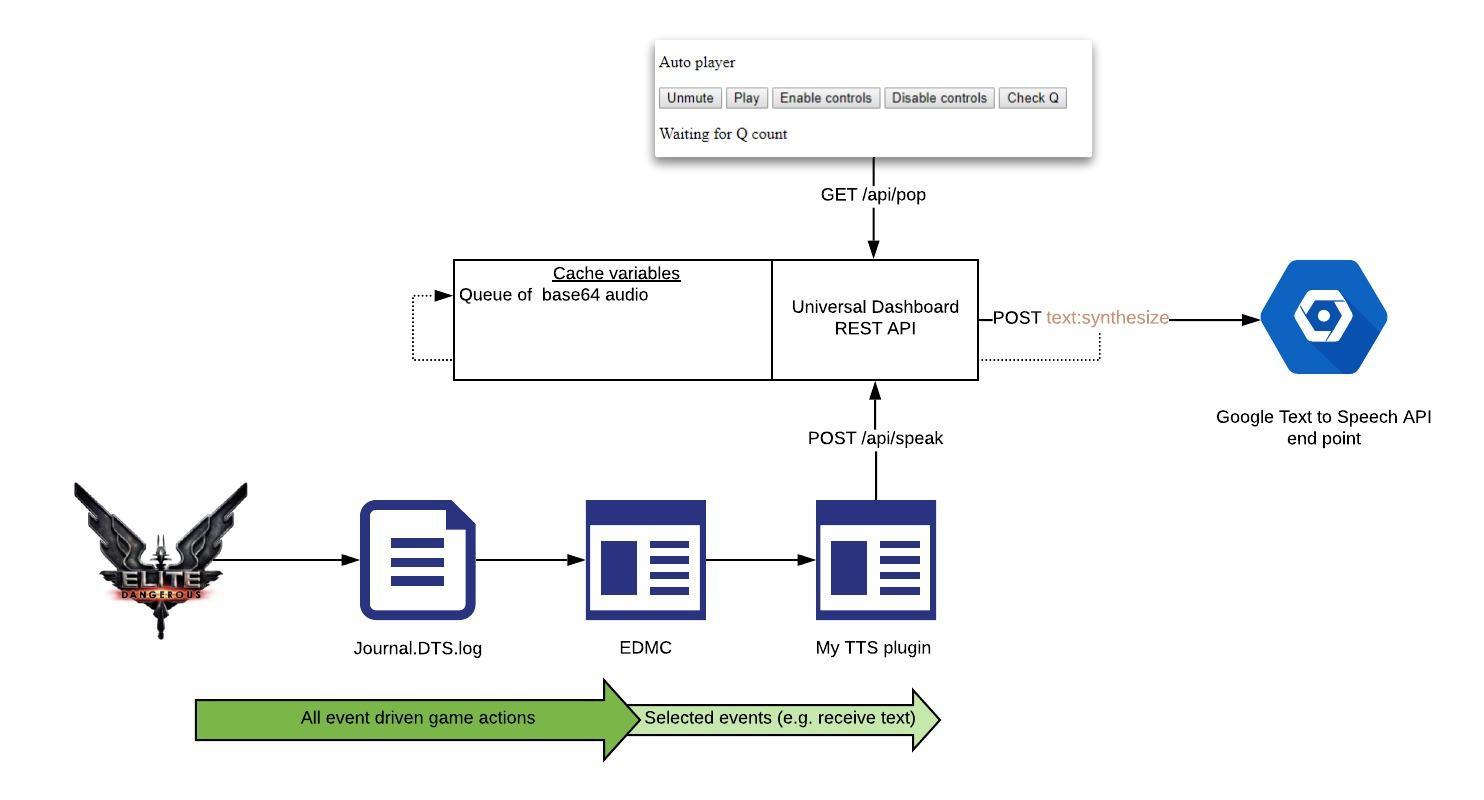 As part of initialising the Universal Dashboard REST API a call is made to GCP /api/voices to list voices matching en-gb. A default voice is selected from the pool so that NPC and players get a different voice. Additionally, I needed $Cache: variables to hold the voice pool, voice mappings and voice settings.

Let’s preface this by saying that GUI design is not my strong point. We can generously describe what I produced as functional. In this update we now have: 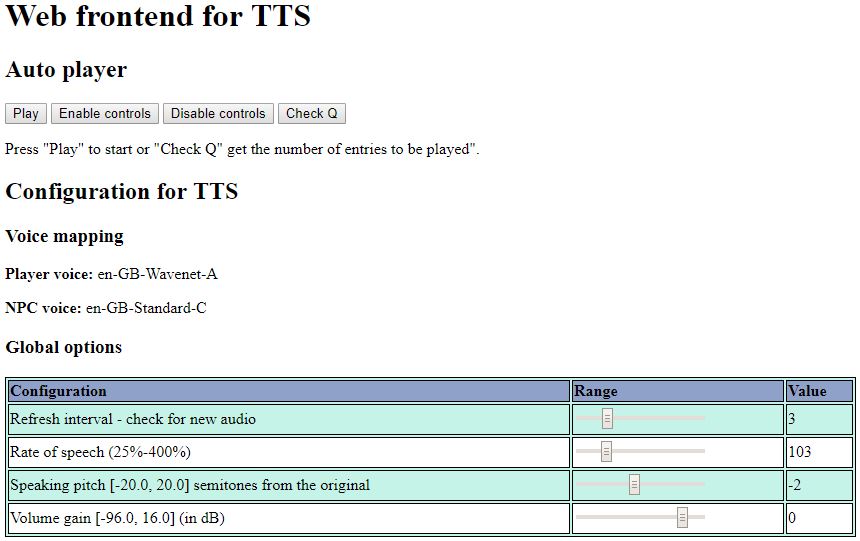 Additionally, these settings persist between sessions, achieved via the Web Storage API. 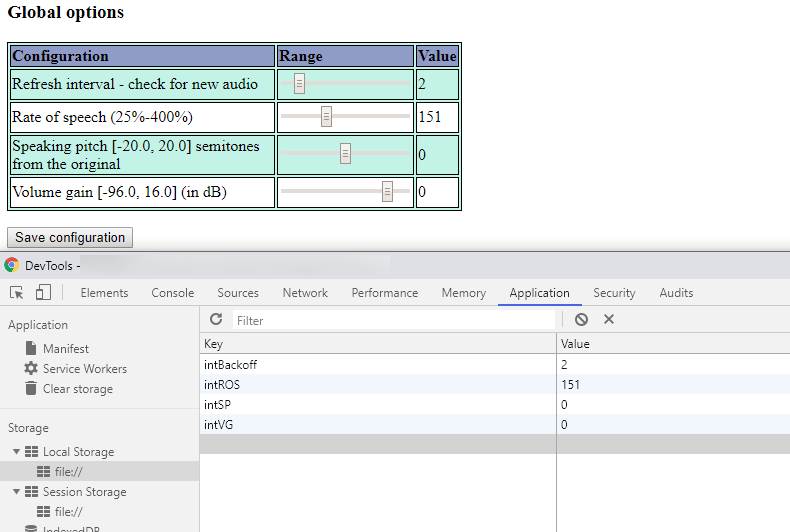 I have made progress in addressing the two listed limitations. Further work is needed to make better use of the voice pool to expand beyond two voices. Additionally, I’m considering how best to automatically randomise and persist the rate of speech and pitch so that there is some difference in each speech generation.